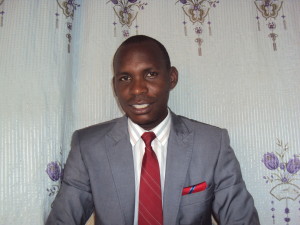 John Olouwafemi Biao was born in Niamey, In Niger Republic, but he is a native of Kaboua, a village located in the central part of Benin Republic, West African. John has two citizenships; he is a Beninese and Nigerien. He also has a Yoruba background.

He is a man of God and an international consultant in Communication and Human Resources Management. His father is a pastor and his mom an evangelist. His father Pastor Biao Afouda Joel is the president and founder of the Bright Morning Star Evangelical Church of Niger and Benin Republics.

He is currently teaching Management and Psychology of Organization at ETEC, a private University in Niger Republic.

This man of God is also a good translator and a very fluent interpreter. He is currently a writer and French Translator at Shamonj Gifts LLC. He translated many books and documents not only in Benin and Niger Republics, but also throughout the world. He translated the Only One I Love written Shawne Jackson. He will also be translating a book titled Inspiring Moments: Encouragement for the Soul, The Power to Make A Difference, and an abundance of other books that Shamonj Gifts LLC will publish.

BIAO Olouwafemi John is currently writing two books entitled Stepping Towards Efficient Leadership and Believe Even if it is Humanly Absurd.

The project of John is to create a non-governmental organization which can evangelize children and bring them to Christ.

According to him, children are the precious gifts from God and we must take care of them and teach them about the love of Jesus Christ.