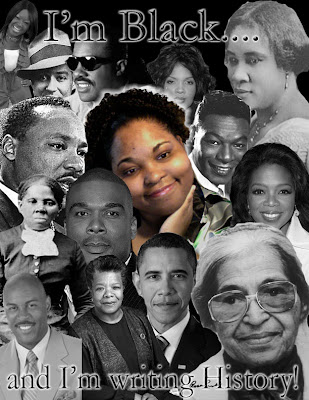 Hello everyone. It’s February 8, 2011 and 3:17 p.m. Today I’m still examining my life and the lives of those who I’m proud of. As I began to think about my life I have some things to be proud of. I’m proud of my ancestors. I’m proud of the things that many African American people sacrificed so that we can have a better life. I’m proud of traditional and contemporary heros.